The technical know-how about the OxFA process of the JBACH GmbH paired with the process engineering expertise of the EnviTec Biogas AG in plant engineering led to intensive discussions about a possible cooperation further developing the material use of biogenous residues in autumn 2014. A convincing argument for cooperation was based on the common idea of ​​decentralized power generation in biogas plants, supplemented by a subsequent downstream process to formic acid by the OxFA process. The OxFA GmbH with its laboratory and technical rooms has been located in the historic Alte Ziegelei (brickyard) in Scheßlitz since 2015. The 1.1 hectare JBACH owned industrial area with office building, technical halls and mechanical workshop is leased by the OxFA GmbH and is also home to the JBACH GmbH.

The family business JBACH, which originally came from the steel industry, has been developing a polymerization process since 1972 to modify porous materials. This process of acrylic resin impregnation (AVT) today has a special status for the conservation of highly endangered natural stone monuments. In 2009, JBACH initiated a collaboration with the Chair of Chemical Reaction Engineering (CRT) of the Friedrich-Alexander University (FAU) Erlangen-Nuremberg on the subject of ``wood modification and lignin recovery``, based on which JBACH has been cooperating with CRT since 2012 in the field of oxidative decomposition of biomass on the basis of the patented OxFA process.

EnviTec Biogas was founded in 2002. EnviTec Biogas AG covers the entire value-added chain for the production of biogas, from planning, turnkey construction and commissioning of biogas plants to the operation, support and service of the plants. EnviTec Biogas AG is now represented in 20 countries worldwide. In 2013, EnviTec generated sales of € 148.8 million and EBIT of € 2.4 million. Overall, the EnviTec Group currently employs around 350 people. EnviTec Biogas has been listed on the Frankfurt Stock Exchange.

Hermann Wolf Jbach is the founder and CEO of OxFA and has more than 40 years experience in the field of entrepreneurship of innovative companies. As a inventor of the preservation of natural stone monuments via PMMA polymerization he is also an expert in the field of high pressure autoclave technology.

Matthias Schmidt graduated as chemical and bioengineer from the University of Erlangen-Nuremberg. After working in the field of catalysis and as technical manager in a startup on liquid organic hydrogen carrier (LOHC) technology he joined JBACH in 2014. He supports building the company and engineering the OxFA process. He has a profound agricultural background and expertise in reaction engineering and plant design.

Florian Kohler studied chemical and bioengineering and received his Ph. D. from Friedrich-Alexander University Erlangen-Nuremberg in 2015. After working for a startup in the field of hydrogen storage he joint JBACH in 2014 in order to commercialize the OxFA process and building OxFA and was therefore a starting member of OxFA. He is experienced in the field of homogeneous and heterogeneous catalysis and reaction engineering. 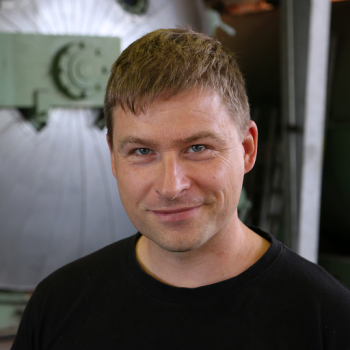 Gunthard Scholz studied forestry and received his Ph. D. from the Georg-August University in Göttingen. After working on wood modification and fire protection he was responsible for the stone conservation of sculptures within JBACH. He is a starting member of OxFA and a specialist in the field of bio substrates, tropical woods and wood modification.